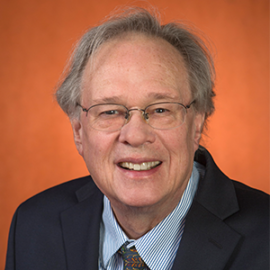 Sumner B. Twiss is the Distinguished Professor of Human Rights, Ethics, and Religion at Florida State University, where he holds a joint appointment between the Department of Religion and the Center for the Advancement of Human Rights, and he is also Professor Emeritus of Religious Studies at Brown University, where he served on the faculty for thirty years and as department chair for twelve.  He is the co-author or co-editor of ten books (as well as a contributor to them), and the author of over seventy published articles in the areas of comparative religious ethics, biomedical ethics, philosophy of religion, global ethics, intercultural human rights, and the comparative study of just war.  He is former co-editor of the Journal of Religious Ethics (2001-2011) and the Annual of the Society of Christian Ethics (1995-2001), as well as former senior editor of the book series Advancing Human Rights (2003-2008).  His most recent books are:  Religion and Public Policy: Human Rights, Conflict, and Ethics (co-editor, with R. Petersen and M. Simion, and contributor; Cambridge University Press, 2015); Chinese Just War Ethics: Origin, Development, and Dissent (co-editor, with P.C. Lo, and co-author of three chapters; Routledge, U.K., 2015); and The Practices of Global Ethics: Historical Developments, Current Issues, and Future Prospects (co-author with F. Bird et al; Edinburgh University Press, 2016).  His recent teaching and publication have focused on such topics as: Confucian moral and political thought; crimes against humanity and international criminal justice; the law and ethics of torture; religion, politics, and genocide; the history and ethics of humanitarian intervention. 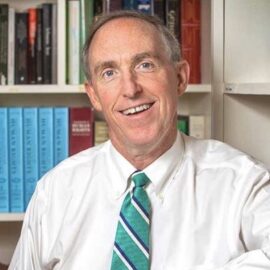 Terry Coonan graduated from the University of Notre Dame, subsequently working in Chile and Central America with torture victims and the families of the disappeared. After studying law on a human rights fellowship at the University of Cincinnati, he was selected for the Justice Department Honors Program, and served for several years advising U.S. judges on immigration and refugee law. He went on to litigate asylum and torture victim protection cases throughout the country.

He has also worked with the UN Sub Commission for Human Rights in Geneva and the UN High Commission for Refugees in Washington, D.C. Since its founding in 2000, he has served as the Executive Director of the Florida State University Center for the Advancement of Human Rights and is an Associate Professor in the FSU College of Criminology and Criminal Justice. 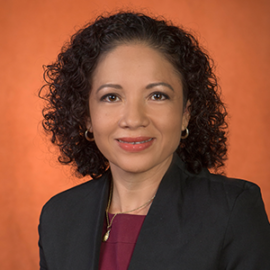 She has established direct connections with prosecutors, victim advocates and law enforcement officials throughout the state.  She works very closely with them to secure the necessary documentation to apply for immigration relief for clients who are victims of crimes and to apply for any other forms of relief under the Victim’s Compensation Program.

She serves as a co-chair for the Big Bend Coalition Against Human Trafficking Social Service Committee.  On behalf of the coalition, she has written co-eds, has participated on radio show interviews to discuss how Florida is affected by human trafficking, conducted presentations and outreach initiatives.  In addition, she serves on the board of the Survive and Thrive Advocacy Center, a non-profit that assists victims and survivors of human trafficking in the second judicial circuit.

She received a Bachelor’s and a Master’s degree in Multilingual/Multicultural Education from Florida State University. In addition to working for the CAHR, Ms. Aguilar has been teaching for Adult and Community Education (ACE) in Tallahassee since 2005 where she has taught evening classes to English learners from around the world.  At this time, she is the lead teacher for the on-line English classes at ACE.  She conducts classes for adult students in which she incorporates information about services and remedies for victims of various crimes including human trafficking. 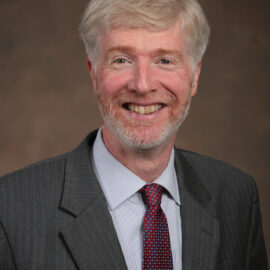 Mark R. Schlakman, Esq., serves as senior program director for The Florida State University Center for the Advancement of Human Rights and coordinated its Human Rights & National Security in the 21st Century lecture series. He’s also served as principal investigator for the Center’s Liberty in the Balance within the context of post-9/11 engagement involving Arab American, Muslim and Sikh communities, and its Rethinking Civil Rights Restoration in Florida and American Bar Association (ABA)/Florida Death Penalty Assessment Team Report projects – one of eight Florida-based subject matter experts invited by the ABA to develop critical analysis and recommendations relating to the overall fairness, accuracy and impartiality of Florida’s death penalty process.

He teaches courses that are multi-listed to enable graduate (doctoral and masters), honors and undergraduate students to convene in the same learning space ranging from Human Rights & National Security, National Security Transformation, Issues in Refugee Protection as well as a course that leverages a treaty framework that’s based upon the Universal Declaration of Human Rights entitled, All Human Rights Are Local – from Geneva to Tallahassee. This course arises out of his engagement in Geneva amid International Covenant on Civil and Political Rights “ICCPR”-related proceedings before the United Nations Human Rights Committee involving the United States in March 2014.

A number of the courses that he teaches are offered jointly by the Colleges of Social Sciences and Public Policy, and Social Work. He also teaches a unique interdisciplinary course focusing on Executive Clemency in Florida that also involves students from the College of Law. Moreover, Mr. Schlakman teaches various College of Law-exclusive courses as well as various mini-courses framed for non-degree seeking students ages 50 and above through the Osher Lifelong Learning Institute “OLLI” at FSU.

Mr. Schlakman received one of several Guardian of the Flame Awards from Burning Spear presented to faculty from across the university during any given academic year for outstanding service…“ Prior to joining FSU’s faculty he held senior positions in state and federal government, including assistant general counsel and clemency aide to Gov. Lawton Chiles before serving as special counsel; special advisor to Gov. Jeb Bush during his first several months in office; and senior advisor to Gov. “Buddy” MacKay in Washington, D.C., when the governor served as White House Special Envoy to the Americas during the final two years of the Clinton administration. Mr. Schlakman subsequently served as a Foreign Affairs Officer for the U.S. Department of State at the outset of the George W. Bush administration when he received a Superior Honor Award for his service at the White House.

His follow-on assignments included special assistant and interim foreign policy advisor to four-star Marine Corps. General Peter Pace, Commander, U.S. Southern Command (USSOUTHCOM), who ultimately was appointed as Chairman of the Joint Chiefs of Staff, and he served as Alternate Representative for the U.S. Permanent Mission to the Organization of American States (OAS).

He also served as a special advisor/consultant to the director of the U.S. Citizenship and Immigration Services within the U.S. Department of Homeland Security toward the end of the George W. Bush administration after comprehensive reform legislation failed to gain traction on Capitol Hill until the outset of the Obama administration while residing in Tallahassee. He is regarded as a subject matter expert on various aspects of intergovernmental & interagency maritime mass migration contingency planning.

Given his wide ranging subject matter expertise, he was invited to travel to Kabul in 2011 to convene informally with senior Afghan officials and several global subject matter experts in anticipation of the release of a United Nations report on increasing incidence of torture in Afghan detention facilities.

Mr. Schlakman is a lawyer and eligible to practice law in Florida. He is a past and the longest serving board chair of The Innocence Project of Florida, a not-for-profit organization that advocates for the exoneration of wrongfully convicted individuals based largely upon DNA evidence, and he’s a longstanding member of the US Attorney for the Middle District of Florida’s Civil Rights Working Group. In early 2021, the Florida Democratic Congressional Delegation appointed him to a multi-year term on the Federal Judicial Nominating Conference for the Northern District that will expire on January 20, 2025. 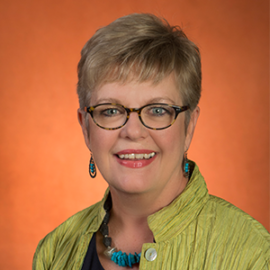 Robin Hassler Thompson is the Senior Program Director for the Center’s Victims of Human Trafficking Project. An attorney by training, she has over two decades of experience in public policy work and has focused this work on issues related to violence against women and human trafficking. She has served as the Executive Director of the Florida Governor’s Task Force on Domestic & Sexual Violence, and  consults with a wide range of clients including universities and state and national public policy and human rights advocacy groups and governmental entities at the local, state and national levels.

On the topic of human trafficking, Robin directs The Survive and Thrive Advocacy Center (STAC), a non-profit agency she helped to found in the Big Bend area of Florida to assist survivors of human trafficking.  She has lectured extensively on the topic of trafficking and written for both national and international publications. She regularly trains healthcare and justice system professionals and social services providers on domestic violence, sexual assault and human trafficking. She graduated from Florida State University College of Law in Tallahassee, Florida in 1984 and received her M.A. from FSU that same year. She is a lawyer and member in good standing of the Florida Bar.