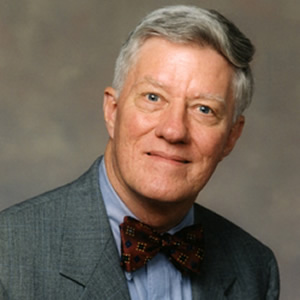 Earlier, he represented Dade County in the Florida House of Representatives (1966 to 1972) where he chaired several legislative committees including the Judiciary Committee that drafted and passed a major judicial reform constitutional amendment in 1972. During his legislative service he was recognized as the Outstanding First Term member (1967) and, in his last term, named Most Outstanding Member of the House (1972).

During his years of practice, D’Alemberte concentrated on media and public law work and his cases included the proceedings that led to the first rule allowing open camera access to courtrooms, a petition that established mandatory reporting of pro bono activities for lawyers, representation of Post-Newsweek Stations during the historic FCC license challenges during the Nixon years, the first litigation involving the Copyright Act of 1976 and a number of libel trials and appeals,

He has also represented government, including service as Chief Counsel in impeachment proceedings against three justices of the Florida Supreme Court, the representation of the Florida House of Representatives in several constitutional cases, Chief Counsel for a United States Senate Banking Sub-committee investigating HUD and pro bono counsel in four death penalty cases.

D’Alemberte was very much involved in the early days of the modern dispute resolution movement, chairing the first ABA committee on the subject and he has served as a mediator, most notably in the water dispute between Alabama, Florida and Georgia. An award of the ABA Section of Dispute Resolution is named for D’Alemberte and another early leader of the dispute resolution movement.

He was particularly active in the ABA effort to establish a program to provide assistance to those in emerging democracies following the fall of the Berlin Wall in 1989. Working with Homer Moyer and Mark Ellis, he created the ABA program called “CEELI” (the Central European and Eurasian Law Institute) that provided help in the development of constitutions, laws and institutional improvements in the Central and Eastern European region. This program has been expanded to involve all other regions of the world in a comprehensive Rule of Law program that is one of the ABA’s most important programs, and the largest pro bono project ever undertaken by the ABA.

He was a member of the Task Force on Detainee Treatment, sponsored by The Constitution Project. The Task Force report in 2013 provided a comprehensive report on the facts relating to the treatment of detainees and a number of recommendations.

Awards D’Alemberte has received include the ABA Medal in 2003, the 2001 Wickersham Award given by the Friends of the Law Library of Congress, the 1996 American Judicature Society’s Justice Award for his efforts to improve the administration of justice in the United States, the 1996 National Council of Jewish Women’s Hannah G. Soloman Award, the 1993 Academy of Florida Trial Lawyers “Perry Nichols” Award, the 1993 Florida Academy of Criminal Defense Lawyers Annual Criminal Justice Award, the 1990 Jurisprudence Award from the Anti-Defamation League of South Florida, the 1987 Florida Bar Foundation medal of Honor, the 1984 Florida Civil Liberties Union “Nelson Poynter” Award, and the ABA Section of Legal Education Robert J. Kutak Award and the ABA World Order Under Law Award.

He has been recognized for his work in open government, including the 1986 National Sigma Delta Chi First Amendment Award, a National Academy of Television Arts and Sciences “Emmy” in 1985 for his work in open government, particularly in the opening of court proceedings to electronic journalists and the 2011 award from the First Amendment Foundation.

In 2007, D’Alemberte received the Tobias Simon Pro Bono Award from the Supreme Court of Florida and was recognized by the ABA Section of Individual Rights and Responsibilities with the Robert Drinan Award. In 2011, the foundation of Rotary International presented him with its Global Alumni Service to Humanity Award and, in 2012, he received the Richard Ervin Award from the Tallahassee Bar Association. The Innocence Project of Florida also instituted an award named for D’Alemberte and first awarded to the Holland & Knight law firm.

In 2015, he was awarded the Lifetime Achievement Award of the Florida Supreme Court Historical Society.

Born June 1, 1933, in Tallahassee, D’Alemberte was educated in public schools in Tallahassee and Chattahoochee, Florida. In 1955, he earned his Bachelor or Arts degree with honors in political science from the University of the South in Sewanee, Tennessee, and also attended summer school at FSU and the University of Virginia. After service as a naval officer aboard a destroyer for three years, D’Alemberte studied on a Rotary Foundation fellowship at the London School of Economics and Political Science (1958-59).

In 1962, he received his J.D. with honors from the University of Florida where he was named to the Order of the Coif, served as president of the student bar association, was twice captain of the moot court team, served as articles editor of the University of Florida Bar Review and received the J. Hillis Miller Award as the outstanding law graduate. He has been inducted into Phi Beta Kappa and Florida Blue Key.

In 2017, Oxford University Press published his book, The Florida Constitution.

D’Alemberte was married to Patsy Palmer, former children’s policy coordinator for Governor Lawton Chiles. She has worked as a journalist, legislative aide, and as a White House staff member. She holds a bachelor’s degree from the University of Missouri in journalism, a master’s degree from Harvard Divinity School, a master’s degree in conflict resolution from Antioch University and a J.D. degree from the FSU College of Law (May 2007). She now practices at D’Alemberte & Palmer.